This is only a small portion of the whole spectrum, but you definitely will bump into these kinds of girls in the bars and clubs of Budapest. Take these hints how to deal with them when they show up.

They mostly show up in clubs and places with a dance floor, but almost every drinking establishment has one or more. These girls are easy on the eyes or even downright beautiful, with an outfit specifically designed to grab your attention. Usually there are three lines in perfect ratio – top, skirt, and boots. Low cut, short, and sleek.

They will either stand at the end of the bar with a bunch of less attractive girls to use as a kind of “visual tuning”, or dance in the middle of the crowd, with a small dead zone around them, which usually is just about ogling distance.

They look for attention and enjoy being seen, but did not plan on anything more. Landing one of them requires patience and skill, buying them a drink will do absolutely nothing to earn you points. You might be able to get them to dance with you if you’re confident enough, and that is a great way to open up the possibility of more.

Unfortunately that is when you usually run into…

There is always near the showgirl. They are usually pretty themselves, but there seems to be a direct correlation between looks and attitude – the less pretty they are compared to the showgirl, the more defensive and aggressive they get. 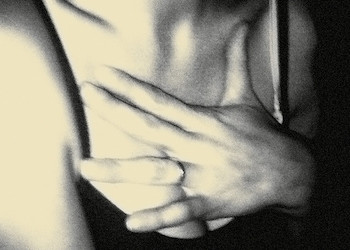 These feelings are often earned but this makes them no less problematic and annoying. First of all, the hot friend is the one that gets hit on every time they go out. This stings both because they too naturally want to be wanted, but also because should you succeed their night will immediately come to an end.

It’s kind of sad, because they would often have pretty good chances of getting someone’s attention, if they weren’t stuck to someone hotter than they are.

Two plays are possible to handle the situation. One is that you have a wingman who is willing to do everything to occupy them, thus giving you an in with the friend. The second is – if you also fancy her – you simply ignore the hotter friend, making the girl feel special as a result, and opening of the possibility of them one-upping someone who they otherwise never do.

Do not argue with these girls under any circumstance. They have way more experience than you do, meaning you’ll probably lose, and it also makes you look desperate and confrontational, neither a desirable quality.

You should instead look for… 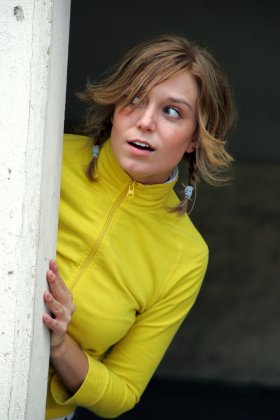 This is the category for the stag party from abroad.

The curious one melts if she hears an accent, and the fact that you are having a Stag do is a brutally powerful ice breaker.

It also sets up the following status quo: You are here for a short time, you are from an interesting and foreign place, you came to party, and you are probably a bachelor. She on the other hand found someone who even if anyone finds out about is a great hook-up story, and won’t get clingy on any term.

Know a few words in Hungarian? “That’s so cute, can I teach you more? Can you teach me something in your language?”

These girls are also great conversational and drinking partners, you’ll know if you found one immediately.

Cons include being questioned extensively about stuff that might seem trivial to you, and the possibility that you have mistaken the curious one for… 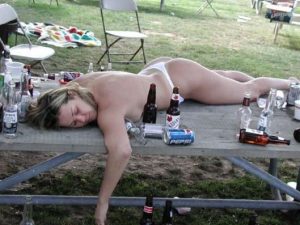 This category really needs no introduction. These girls are easy to party with, and will follow you around like a puppy if you can string together a simple sentence asking them to.

They will also drink anything you put in front of them, and you really should keep in mind, that on average a Hungarian, be it boy or girl, will hold their liquor like few other people do.

The important bit is to be able to gauge just how wasted she is. The first stage is usually the “I love everything and everyone” stage, which, will be followed by the “life of the party” stage, that, if you can get to join your Stag do will elevate it into legendary status, to the “this is probably all coming back up”, which is when it’s time to call it quits.

Hungarian girls are outgoing by nature, so the first stage is often easy to miss, but you’ll notice the second one. Enjoy it!

Oh boy. The standard practice in Hungary is to hire the most beautiful girl you can find who can pour out a drink, put her in a sexy outfit and unleash her on the unsuspecting patrons. 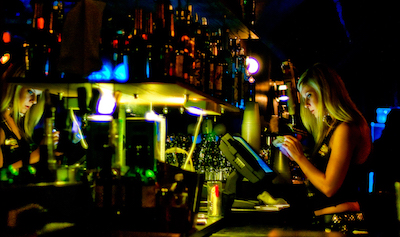 And as we have mentioned a couple of times, Hungarian girls are beautiful by default. This type is intelligent, and since she isn’t drinking she soon is the only really intelligent person in the whole place.

She will be friendly, will listen to you and laugh at your jokes. She will be attentive and engage you in conversation. The problem? Remember how she’s intelligent? Well that is the only reason she’s talking to you, unless you’re some kind of freaking genius.

Stop buying the drinks and she won’t give you the time of day. She has one good reason to listen to anyone and that is tips. Standard lines won’t work here, she has heard all of them a million times. If you get too problematic she can call the bouncer.

Our advice? Keep buying the drinks – why else are you even there? – and enjoy whatever conversation you have with the bar-goddesses, then get back to you mates and any of the other four categories.

Photo credits – Flickr: the showgirl – the defensive friend – the curious one – the wasted girl – the bartender